Fall delicacy – this is Japanese expression of the food and flavors of Fall. What kind of food comes to mind when you think of Fall? It would be pumpkin pie ( I really love it but I have never seen authentic pumpkin pie in Japan) , baked apples with cinnamon and cream or apple cider?

What is fall delicacy in Japan? You’ll find many different answers depending on area, local industry and so on. 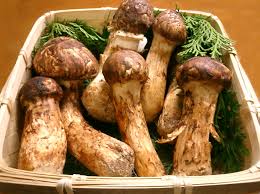 Pacific saucy is one of the fish most strongly associated with autumn. The Chinese characters represent the meaning “sword-shaped fish caught in autumn.” Pacific saury loses fat while swimming from north to south. Fish caught around the Kesennuma area in Tohoku are said to be very tasty because they contain the perfect amount of oil.

Chestnuts are steamed or grilled with the shells on. The shells are taken off when you eat them. People eat chestnuts as a snack or cook them in dishes such as chestnut steamed rice, sweet paste, boiled and preserved chestnuts in syrup and so on.